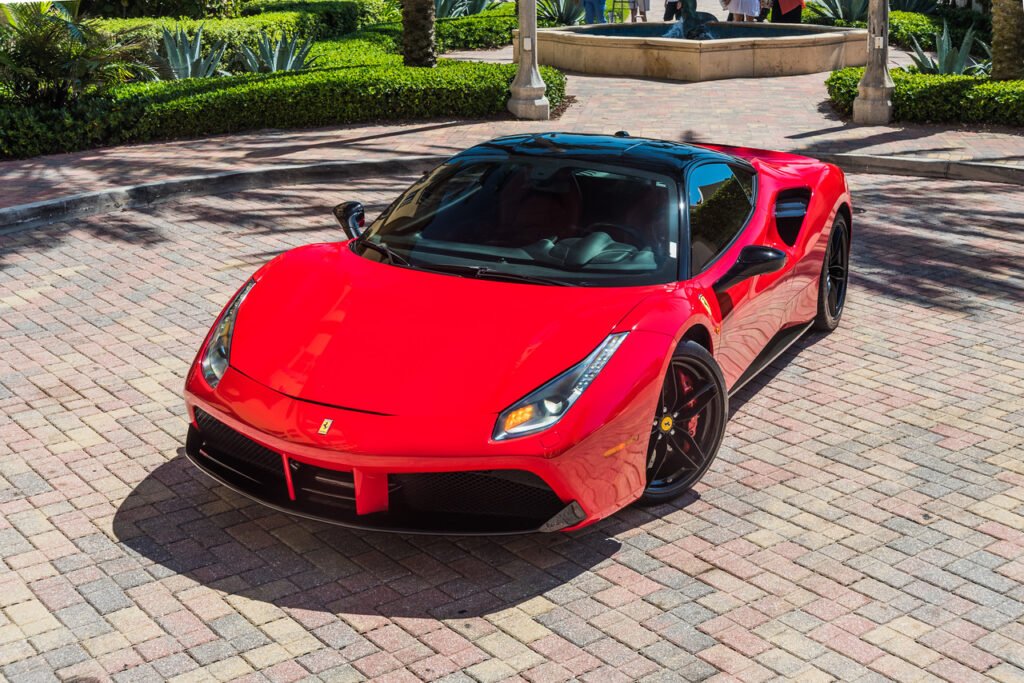 The word supercar, which may be used interchangeably with exotic cars, is stated to characterize a high-performance sports car with lavish luxury as soon as you step inside.

A SUPERCAR IS WHAT?

A supercar is defined as an exotic car that is fast, prestigious, luxurious, and stylish. Speed is one thing that springs to mind right away, specifically top speed and acceleration.

However, the precise definition is a matter of opinion.

Some may argue that a car’s limited availability qualifies it as a supercar, while others may focus on acceleration and peak speed.

The oldest and most prestigious motor magazine in the world, Autocar, lists various definitions of a supercar but finally concedes that the term is subjective. To them, the determination of whether a car qualifies as a supercar is based only on the bias. Supercars are more about your mentality than their technical specifications. Yes, it is a supercar if it causes your jaw to drop and your eyes to burst.

Supercars are the high-performance middle of a hierarchy that starts with sports cars and concludes with hypercars centered only on speed.

Despite this, there are no boundaries and classifications for the word “supercar” that are generally accepted. Despite having peak speeds and acceleration comparable to other supercars, many high-performance vehicles aren’t generally classified as supercars.

The driving experience, the employment of cutting-edge technology to enhance it, the price, or even the car’s rarity all contribute to whether it qualifies as a supercar, especially for a supercar available for rental.

Finally, to address the main query, a supercar is a high-performance automobile that is likely to have the majority of people transfixed, depending on one’s definition.

A SUPERCAR’S DIFFERENCE FROM A SPORTS CAR
As we’ve already stated several times, a supercar’s ability to stand out from ordinary sports cars typically comes down to a matter of degree.Although general sports cars are stylish, opulent, and powerful automobiles, when comparing supercars to sports cars, the supercar always comes out on top. in every way.The car’s speed, the level of aerodynamic engineering involved, and what’s under the hood all have a role as well. Even aspects like pricing and availability may play a role.American muscle vehicles used to be regarded as supercars. The modern Ford Mustang, on the other hand, won’t be mistaken for a Lamborghini Aventador S. Similar to how a Porsche 911 is far more accessible than a Ferrari 812 Superfast, people may mistakenly refer to the Porsche 911 as a sports car and the 812 Superfast as a supercar owing to their different levels of manufacture.

Overall, the phrase is still rather arbitrary.

A SUPERCAR’S AND A HYPERCAR’S DIFFERENCE
You already know that when one hears the word “supercar,” they should anticipate a remarkable, possibly rare car that can accelerate quickly enough to make them feel like they’re in a Fast & Furious movie.

Additionally, one might assume that a hypercar is a top-tier supercar and one of the world’s most powerful vehicles upon hearing the name. Performance, design, and rarity are the main distinctions between supercars and hypercars.

A supercar is an excellent vehicle, but a hypercar outperforms supercar standards by pushing the limits of the automobile to unheard-of heights and is often created in small numbers.

As a result, the world seems to focus on the hypercars while the supercars appear to take an incremental approach to design by using the most advanced aerodynamic technology and making it somewhat better with each release.

For instance, the whole automotive industry was in astonishment in 2013 when Ferrari unveiled the LaFerrari, the concept of a car with the F1-derived HY-KERS system in physical form. At the time, this conception was thought to be impossible to be realized in reality. That is precisely what turned this supercar into a hypercar.

Hypercars are vehicles with ground-breaking, avant-garde designs, such as those that pair an electric motor with a naturally aspirated V12 engine, incorporate Formula 1 technology into the design parameters of a typical off-racetrack vehicle, or deliver astounding performance with baffling efficiency.

Additionally, because to the hypercars’ dedication to achieving what was previously thought to be impossible, their peak speeds and acceleration are superior to those of supercars.

A SUMMARY CONCLUSION OF SPORTS CARS, SUPERCARS, AND HYPERCARS
The greatest of the best are hypercars, and the best of the rest are supercars. And when it comes to sports cars, they are high-performing vehicles that outperform common on-road vehicles but fall short of the top tier.

A SUPERCAR RENTAL LOCATION IN MIAMI
At Luxx Miami, we offer an impressive selection of supercar rentals that you may enjoy to the utmost extent.

In our opulent portfolio, you may hire a Ferrari 812 Superfast, a Lamborghini Aventador S Roadster, a Ferrari 488 GTB, a McLaren 720S, and many other supercars.

Are you prepared to let your adrenaline flow freely while stimulating your veins? If you find a supercar you like, be sure to go through the whole list of Luxx Miami’s supercars for hire and contact us right away!

rental cars, renting in miami
next